If you’re a Hugo Awards voter/nominator (which is true is you were a member of the 2018 Worldcon or are buying your 2019 Worldcon membership), you have the power to nominate people for both the Hugo awards and the John W. Campbell award for Best New Writer. If you’re a member of SFWA, you can nominate for the Nebula awards. It’s the most nominate-iful time of the year!

And that means it’s time to poke my head above the tide of NaNoWriMo and end of term grading to tell you about the awards I’m eligible for and why you should nominate me! (Or, why I hope you’ll consider it.)

Because The Fall is set to release in 2019, I’m sadly not Best Novel eligible this year, but I’ve been very productive in the Best Fan Writer Hugo category with my ongoing column “A Place Where It Rains,” which features monthly on Luna Station Quarterly‘s blog. “A Place Where It Rains” focuses on sff storytelling — whether at the level of an individual story or product or at the  level of craft — that really convinces the reader they’re in a place that’s “real” — a place where it could rain, as Italo Calvino said.

My next Luna Station Quarterly column will drop on Monday, December 3rd, if you’re eager to see the content I’ll be wrapping up 2018 with.

I’m also eligible for the John W. Campbell award for Best New Writer for The Nine, published in 2017.

Both Best Fan Writers and the John W. Campbell award appear on the Hugo nominations ballot. I’d be much obliged if you’d consider me for either, or both — especially the Campbell, as this is my final opportunity to be considered for that award, and I’m really curious how I’d look with that tiara on.

If you’d like to get eligible for the Hugo nominations and voting process, you can get your supporting membership to the 2019 Worldcon here.

If YOU are eligible for a Nebula or Hugo award for work done in 2018, comment on this post with your name and links to your eligible works or your own eligibility post! Share this post with others in the sff community looking to broaden their signal and add themselves to reading lists at the end of this year!

Good luck, everyone. I’ve read some great things from pros and fans alike and know we’ll all have a tough and wonderful time making up our minds. 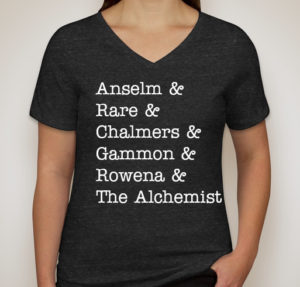 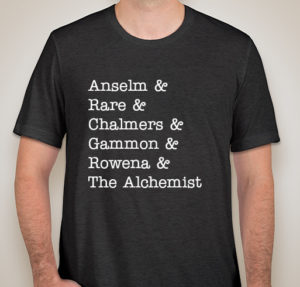